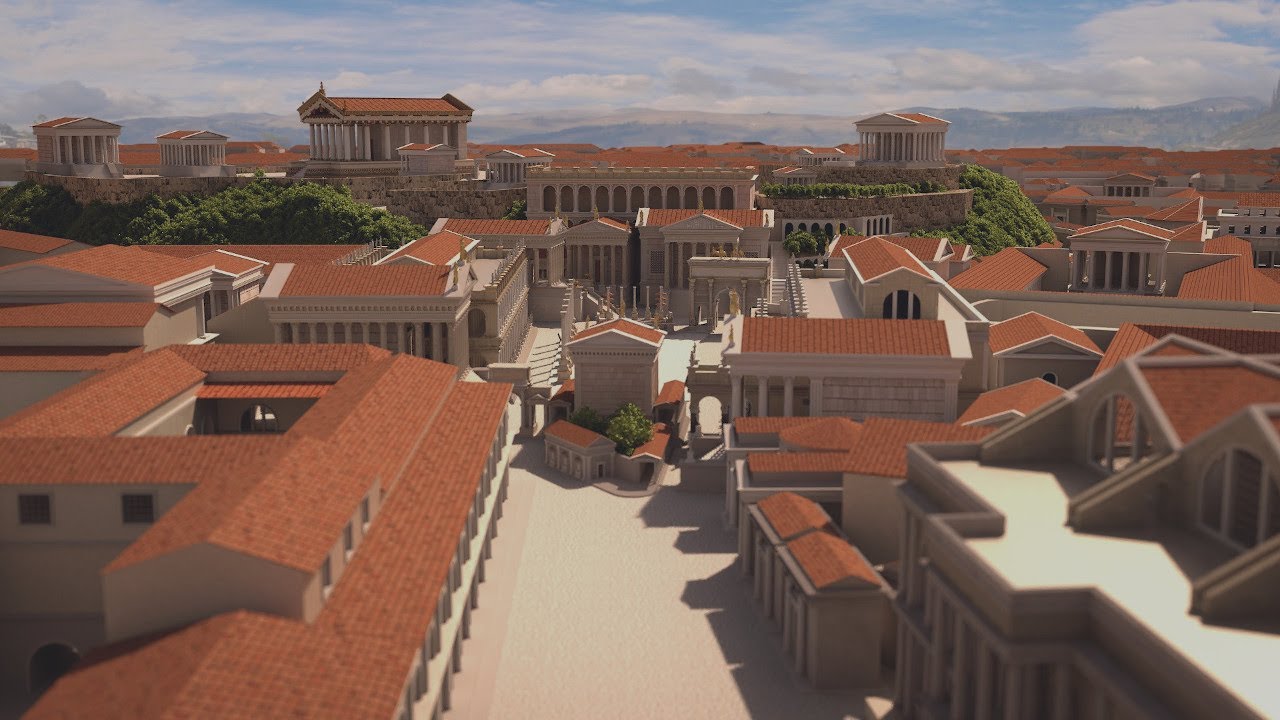 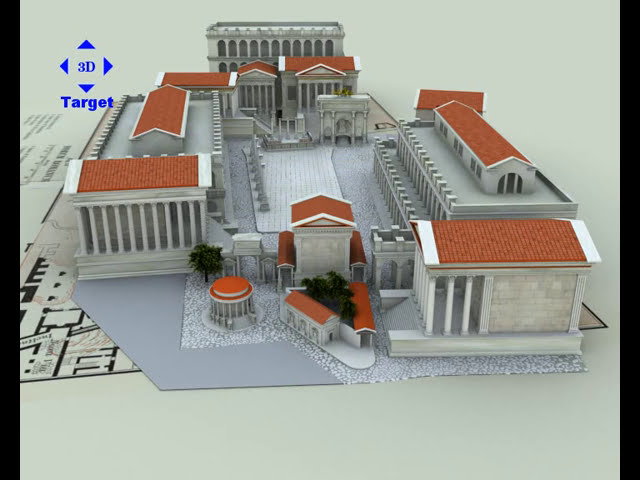 Anyone who wants to try to know and understand Rome must visit the Roman Forum, the political, religious and commercial heart of the city. The oldest remains that have been found in the Forum are burials dating back to the Iron Age (ninth century BC). The city in proper sense was founded by Romulus in 753 BC. The Romans used this date as reference, and the years were counted starting from it: they said ab urbe condita, i.e. “since the city foundation”. Who came here then to bury their dead? Everybody knows that Rome was built on seven hills. Today it is difficult to see these hills, especially those more decentralized. To get an idea of the area, we can visit the beautiful Museum of Roman Civilization (“Museo della Civiltà Romana”). A model shows Rome in the VII-VI century BC. The steep slopes of the Roman hills at the time stood as a veritable stronghold above the marshy areas. Father Tiber (the Romans had a lot of “fathers”, including the fathers of the country, those who had distinguished themselves for special merits) at that time didn’t have banks, and didn’t have them for a while, until the late nineteenth, when they were built by Valadier, who did a lot for the city and built also the great “bank” of the Coliseum. Periodically the river overflowed and flooded the city for several meters. To realize it just look at the facade of the church of S. Maria Sopra Minerva, where marble plaques, located 20 m high, remind the points up to where the river flooded. Therefore, the areas closest to the banks of the river were at the time marshy areas suitable only to bury the dead. It was the seventh king of Rome, Tarquin the Proud, to clean up the area between the Forum and the Circus Maximus by building the Cloaca Maxima, whose name means nothing more than “Major Sewer”. Looking out from the Palatine Bridge you can still see the spot where the sewer flowed into the river, and near the church of Santa Maria in Cosmedin you can see the most famous manhole: the Mouth of Truth. These two elements, the hills and the river, decreed the fortune of Rome. The hills were indeed places naturally protected from possible enemy attacks (in over 13 centuries, Rome was invaded only twice) and allowed to control the river, a real highway at that time. Before the foundation of the city, the Italian Peninsula saw the proliferation of the Etruscans. These exceptional traders not only beautified the whole of Tuscany with their cities, but also colonized the rich Campania fighting against the Greeks. So to connect their settlements in the north with the domains of the South, the natural transit route passed by Rome! Moreover, when the freon was yet to be discovered, the salt was the only way to preserve food for a long time. The Romans thus secured the control of the salt marshes at the mouth of the river and the salt trade with the cities in the inner part of the country, and precisely thanks to the navigation of the Tiber. Finally, the same transit route from the coast to the interior and vice versa, was covered by the shepherds with their sheep, true wealth of the time (in fact the term pecunia, wealth, comes from pecus, the sheep!). The site was perfect for founding a city, and thanks to the reclamation of Tarquin the inhabitants of the hills began to go down and to build their city. The first step was to pave the area in the seventh century BC.

Temple of Antoninus and Faustina

Temple of Castor and Pollux

Temple of Vespasian and Titus