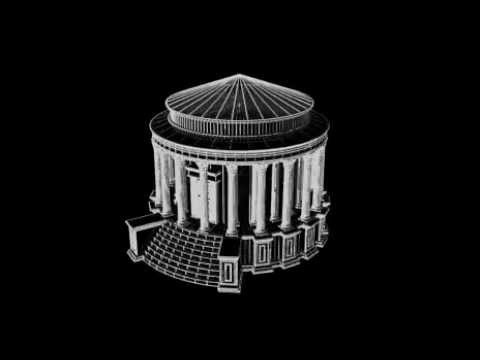 Near the temple of the Castors stands the temple of Vesta. But that is not a temple. A templum (temple) is a sacred space properly oriented in the cardinal points. So a circular building, by definition, can not be a temple. What is then this beautiful building? It’s a cell, the home of the gods. Typically the cell is housed in a temple, is its innermost part, in which the cult statue is housed. This was the building where the Vestal Virgins, the only female priests of Rome, guarded the sacred fire of the city. The task was extremely important, because the sacred fire was never to be turned off. Annually, when proceeding to the cleaning of the building, the old fire was used to create a new one. Then the ash accumulated in the temple was collected and thrown into the Tiber. The importance of this perpetual fire was such that the punishment for Vestals which had stalled was terrible. The poor girl was taken to Porta Collina, on the Quirinal hill, in the so-called Campo Scellerato. Here, within the embankment surrounding the ancient city, there was small room. The priestess was made to enter there, she was given bread, water and a candle, and then was buried alive. The same fate was for the priestess if she failed (it did not matter whether intentionally or due to coercion), to her vow of chastity. In this case, however, also the lover of the priestess had a bad end, as it was flogged to death in the Comice. However, being a Vestal in Rome gave also honours. The Vestals were in fact the only women in Rome to have their own economic assets, they could move about the city aboard a wagon, had front row seats to see the gladiators (the other women were up on the fourth Order of the amphitheatre). Their charge didn’t last a lifetime. Chosen about the age of 6 by the Pontifex Maximus, they had to remain in service for thirty years. Those who had grown accustomed to the privileges guaranteed by the veil could remain in service, and aspire to the role of Vestalis Maxima. In the temple were preserved some priceless objects, the so-called pignora imperii, pledges left by the gods to guarantee the future power of the city. Among the most prominent was the Palladium, a wooden statue of Minerva taken by Aeneas from Troy.