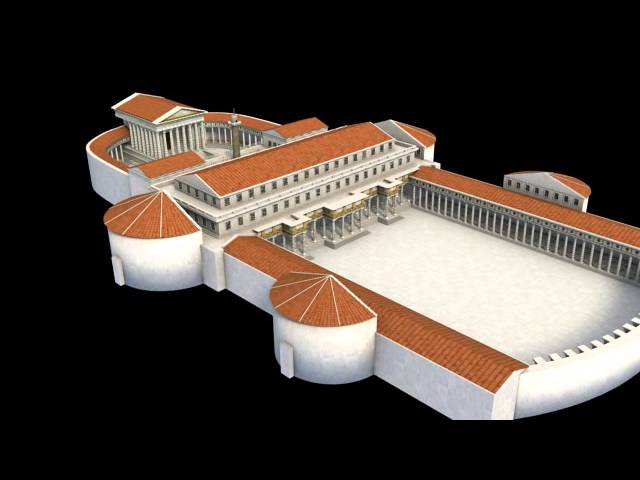 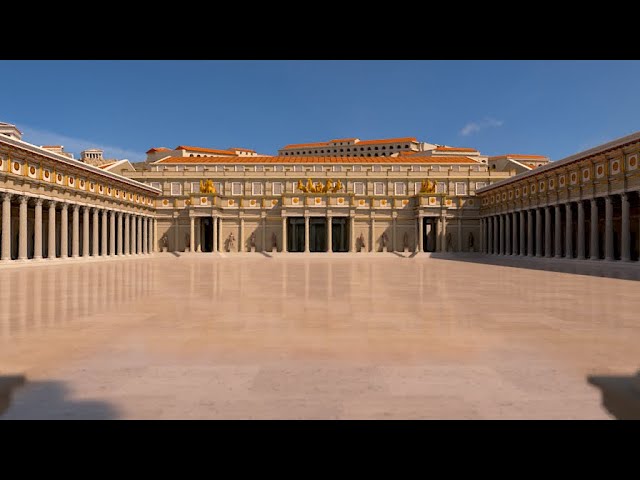 Trajan’s Forum was the last and most magnificent forensic area erected in the heart of Rome. Its construction lasted from 107 to 113 AD and involved cutting of the hill among Campidoglio and Quirinale hills as well as the destruction of the atrium libertatis and a section of the Servian walls in order to overcome the lack of space due to the impressive extension of previous buildings. It was inaugurated in 112 A.D., but the column was completed in May of the following year. Recent excavations (still going on) in the forensic area have resulted in significant changes to the plant commonly known and accepted by scholars. One thing that seems certain, however, is the innovation brought by the architect of Trajan, who proposed for the square an innovative structure inspired by the form of the principia, the central squares of the military camps, usually closed in the forward part by a basilica and two buildings used to store the military archives (in Trajan’s Forum supplanted by the two libraries); moreover, the column seems to arise in the place where the legion signs were located. Trajan’s Forum stood as a huge marble military camp in the heart of the city.
The basilica was the largest ever built in Rome (170 meters long). A coin shows the façade divided into three sections. A high-relief frieze ran along the attic, perhaps the same panels that were reused to decorate the Arch of Constantine. The interior of the building was divided into five naves. The basilica housed judicial and commercial activities, as well as activities that were previously carried out in the destroyed atrium libertati, such as the manumission of the slaves.