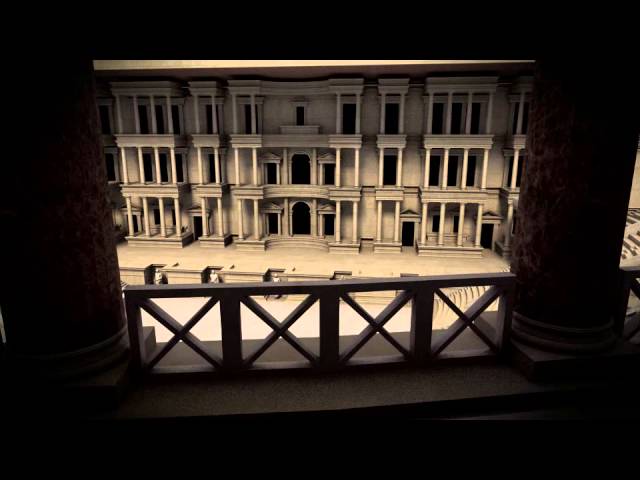 “Tu Marcellus eris,” exclaims Anchises to Aeneas showing what will be his noble descendants. And Marcus Claudius Marcellus, son of Octavia, was to be the most beloved by his uncle Augustus. Unfortunately Marcellus suffered a premature death, just when Augustus began to think about him as the future emperor of Rome. Also Augustus grandsons, Gaius and Lucius, and his friend and son-in-law Agrippa suffered the same untimely end, for an adverse fate or, as most people think, because Livia , the wife of Augustus, found it the most effective way to secure the throne for his beloved Tiberius.
But anyhow, the glory of Marcello is still perpetuated, as well as in the famous passage of Virgil, in the theater that bears his name. Caesar began to buildit, but the Ides of March prevented him to complete the job. It was Augustus, then, to continue and complete its realization. It was used for the first time at the Ludi Saeculares of 17 BC, but it was dedicated only in 13 BC.
Its excellent preservation, at least for the facade, is due to its transformation in the Middle Ages into residence of the Pierleoni family; then it became property of the most important Roman families, until the Savelli, in the sixteenth century, gave behalf of its current accommodation to Baldassarre Peruzzi. The cavea had a diameter 129.80 m and a height of 32.60 (about 20 m are still visible, corrsponding to the first two floors, while the third one collapsed). We can get an idea of the majesty of this building looking at the remaining part of the 41 arches in travertine (Doric order on the ground floor and Ionic on the first one).
It could accommodate about 15,000 people and the best way to get an idea of ​​how the Romans spent their time in it is to read the epigrams of Martial, who recalls the stratagems put in place by his fellow citizens to occupy the best seats reserved for the knights class, maybe showing off a gaudy cloak over her gown, or hiding their scars marking them as ex-slave or pretending to sit in without actually having a real place in their backs.