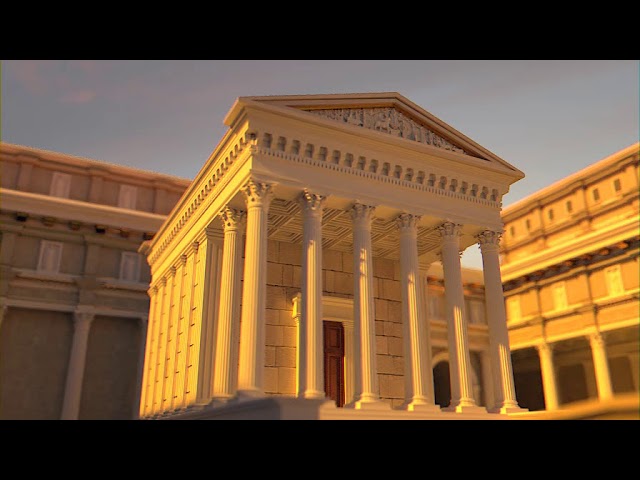 If Goethe, walking on the Palatine, observing only the remains of the imperial palace, said he was fascinated by such grandiosity, it is not surprising that Martial – who could admire it in its entirety – spoke of it in absolutely amazing tones, claiming that the palace came to touch the stars. After all, a stroll through Villa Adriana or through the remains of Tiberius’ villa in Capri is enough to have an idea, even if only faded, of what should have been the majesty and luxury of an imperial residence. The first to reside on the Palatine was Augustus, who made his own home a manifesto of his politics, transforming it into a sort of sacristy of the great temple of Apollo, the god under whose benevolent gaze the Golden Age of peace and prosperity had opened. Tiberius wanted a dwelling worthy of a sovereign and built on the western side of the hill what we now call the Domus Tiberiana.
Nero built first the Domus Transitoria and then, after the fire of 64 AD, the Domus Aurea. Domitian built the Domus Augustana and the Stadium.
The Palatine was now a great Palatium. The author of this imposing project was Rabirio. The building site probably started from the representative wing (the Domus Flavia), followed by the private apartments (the Augustana) and, lastly, the Stadium. Septimius Severus commissioned the last extension. The building had to literally crush the visitor. Every corner had the aim of showing the power of the sovereign, and as a result to warn common people and foreign ambassadors of their smallness. To get an idea, just walk along the access ramp that still rises from the Church of S. Maria Antiqua to the top of the hill.
Greatness and beauty.
In the residential area, despite its poor state of preservation, there is still a portico with an ornamental basin in the centre, with a bridge leading to a small colonnaded building. This was the small temple dedicated to Minerva by the emperor, who was most devoted to her. In fact, he erected several temples to the goddess, including those of the Campus Martius and its forum. He also erected statues to her and dedicated feasts and agoni (contests), and named a legion after her.